After finishing my degree in product design, I received the job position which I expected to get (a CAD designer) however I felt utterly unfulfilled in the role. At first, I thought perhaps changing companies would help. So I bounced around different companies for a while and felt the same way.

One Christmas somebody bought me a set of lock picks which I started to practice with, in the evenings after work. After a while, I actually started to become good at lock picking and gained a reputation for it.

I started to get a couple of friends and family asking me to open locks that they had lost the keys to and that’s when I decided to set up my website www.lemonlocksmith.co.uk.

At first, I did it on the side while still working my office job, and after a while, I decided I was busy enough to quit. I’ve now been going for a while and getting busier and busier.

Why do you want to make a difference?

Over the years I have met many wonderful people in Leeds and West Yorkshire from all aspects of life. I changed the locks at the request of the police for a lady who had been attacked by an ex-partner just hours earlier. Despite being under extreme stress this lady treated me kindly, offering me cups of tea and food while working at her property. Another time while doing some work for Asylum Seekers for Leeds LASS installing some new locks for them. These people were clearly struggling financially yet still offered to give me food while working at their home.

I’ve come across many situations like this which made me realise there are many kind people in the area and it’s good to give back to them sometimes. Many people only think about profit profit profit, while it’s important to maintain a good cashflow to pay the bills etc, whenever I have a good month I often choose a charity to set up a fundraising campaign for. It’s not something I can do every month, however, I aim to do it as much as possible.

What are you most proud of? 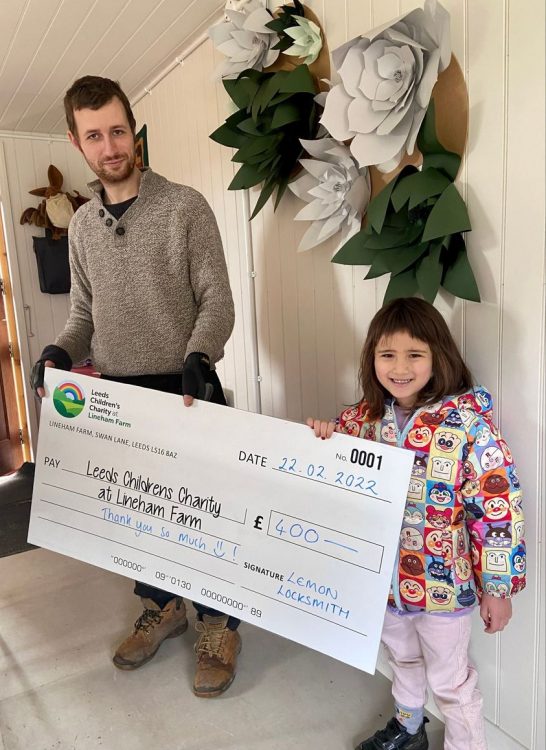 I am very proud of my fundraising work. My company values are to give back to the city where I work.

Every so often, I donate all of the income I receive from late night lockouts (where people lose their keys and end up locked out) to charity.

I only donate to charities in the Leeds area, charities such as Emmanuel, LASS, Kidz Club, Little Hiccups.

My aim is tfundraise for 3 more charities by the end of this year. My goal is to eventually donate to most of the charities in my area. Locksmiths often have a bad reputation for ‘charging high’ and I thought it would be good to try and change this image and help out charities at the same time.

I am particularly proud of a fundraising campaign which I set up for Leeds Children Charity – Little Hiccups. I donated my income from lockout calls, which caught the attention of the press and random strangers who I’d never met and who weren’t even customers started donating to it too – so that was fun.

I am just a locksmith with a small business, however, I do still have a desire to grow. I am a big fan of successful entrepreneurs such as Richard Branson and Duncan Bannatyne from Dragons Den.

I find inspiration in people who perhaps weren’t ‘grade A’ students at school, but didn’t let that prevent them from succeeding in life. I myself was an average student who always did well enough to pass but was never the first at anything. So it’s good to know that you don’t have to be an academic genius to succeed in business.

I also admire these people as, although they are clearly very wealthy and successful, they don’t just hoard their wealth. Both Branson and Bannatyne donate large amounts for charity, not just for tax breaks but because they want to give back.

What support have you had?

The first support I had in a way was youtube! I self-taught myself how to pick locks with videos on youtube. However, there was only so far this could take me.

After a while, I started to get to know other locksmiths in my area. And believe it or not, these people, the people who are my direct competition are the ones who helped me the most! Many of us are in a WhatsApp group and we all help each other with tricky jobs and share knowledge.

Some people find this strange, why do your competition help you they ask? Well, I find that the locksmiths that help each other find the job much easier than those who see the others as enemies. Often other locksmiths naturally need breaks and go on holidays with their families, as do I. Seen as we all know each other we all cover for each other and help out.

What lessons have you learnt along the way?

I have learnt that if you aren’t happy with what you are doing in life, such as with your job, then don’t just stick with it. I stuck in my career for years before I decided to become a locksmith. It’s strange, as you know you don’t enjoy it but for some reason, you can be reluctant to change, perhaps it’s the fear of change. 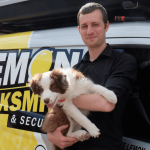 To find out more about Andy and Lemon Locksmiths visit  www.lemonlocksmith.co.uk

Find everything you need to grow a business
that makes a difference.

The Happiness Index
Via Courses 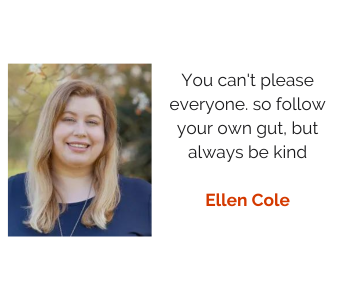